So, very little actual wargaming has gone on these last few months! Still playing with the usual people but we seem to have slipped into a boardgame and Attack Wing cycle!

Some of this is due to apathy. Some due to us trying to slowly bludgeon Wes into wargaming.

Recently however the urge for playing games with small plastic models we've painted has picked up again. I've even painted something new! And here it is: 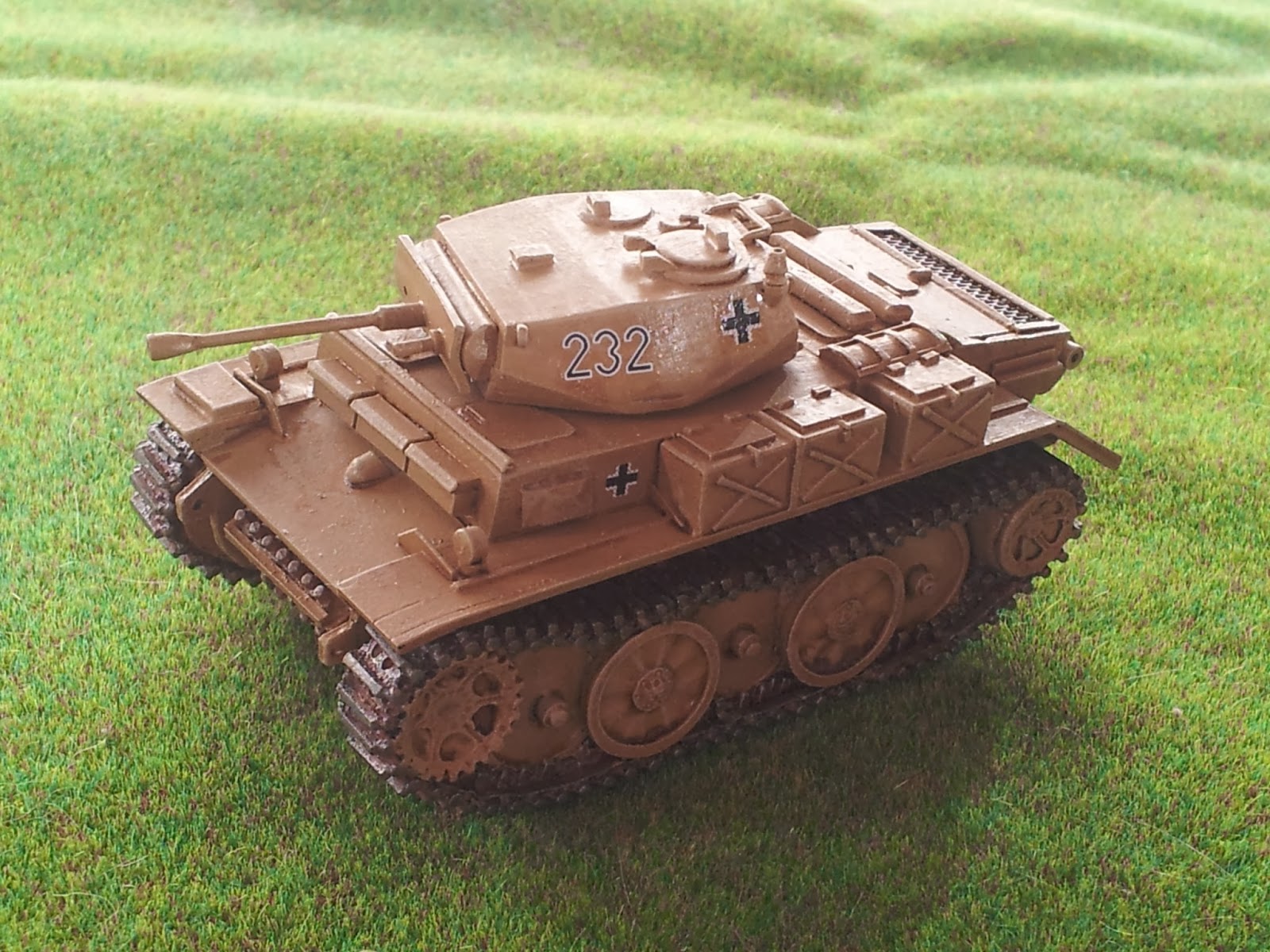 Its a Panzer II Luchs for my bolt action Germans! A cheap little recon tank that will be more suitable in the smaller games we're playing at the moment. Until Kieron pulls his finger out and paints some Soviets....

Planning on filling out my force a bit more. Have a small pile of models that need painting before I buy anything else. Still not sure what my next project should be!
Posted by Anomander at 11:04 2 comments: