Apparently, when I'm trying to prove a point, I can be quite productive!

Let me explain. When we started the 6mm ACW project, the plan was for us all to paint a few bits and have a game to see how it works. We all painted roughly the same amount, apart from Kieron, who furiously painted to ensure the Union side had the numerical advantage...

When challenged about this, he pointed out that armies weren't always equal,  and anyway, that's just war!

So here we are. Wes and I have been in discussions ever since that night to ensure that next time we played, we'd have the advantage. And what better way to do that than to paint everything I own!

So here it all is: 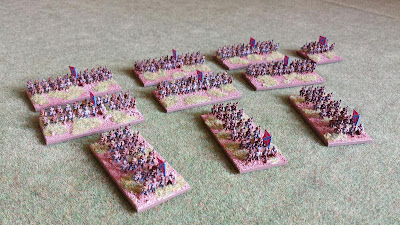 Infantry! These were the main slog, but by the end I'd got the whole painting process for a unit down to about half an hour. The longest part was waiting for the pva glue to dry when basing! 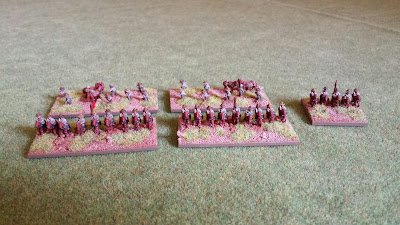 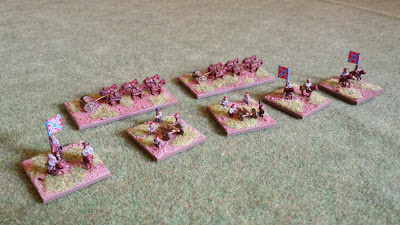 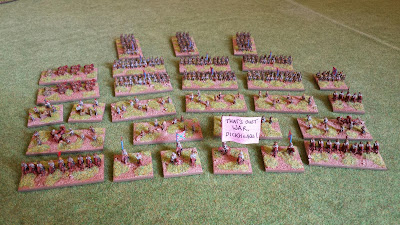 The army as a whole! The banner at the front was the last thing I did. Wes requested I added the "Dickheads!". I think it works quite nicely! And nobody can claim there's anything wrong as I have blogged about it!
And anyway, that's just war!
Posted by Anomander at 06:55 7 comments:

Woo hoo! Basic Impetus force completed! I'm glad I picked Carthaginians as my army, the choice of units will keep it interesting to paint I hope. The final unit in my basic force is this: 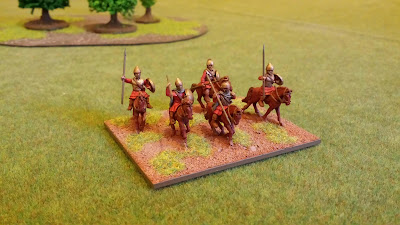 Carthaginian medium cavalry! More of these will be purchased as I start to expand my force as Carthaginian armies tended to be cavalry heavy. I may even do a unit containing Hannibal! And no, not the one from the A-Team...
Next off the production line: 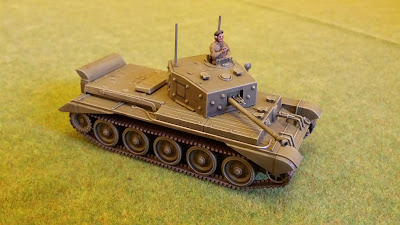 My favourite WW2 tank, the Cromwell! Don't know why I like this tank so much, I just do! It's also a bit different in games of Bolt Action as it can fire high explosive rounds, so is better against infantry than a lot of other tanks. Really enjoyed painting this as well. 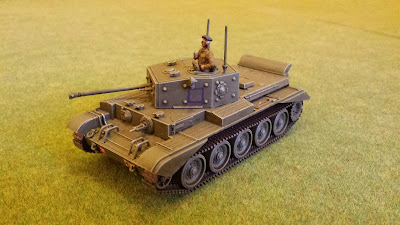 I look forward to using this so must now get on and paint some more British infantry to go with it!
Posted by Anomander at 09:51 4 comments:

So the trip to Derby World came and went. I intended on sticking to a budget of about £20 and only buying stuff that I needed for current projects. In the end I came away about £90 lighter with a pile of stuff. Oops!

The extra bits I picked up were bargains I couldn't really turn down. A Cromwell tank for my Bolt Action British for £12 and a couple of 4ground buildings I'd had my eye on. These won't be assembled until we've moved house though so will be packed away for now.

Anyway, on to finished stuff! First up: 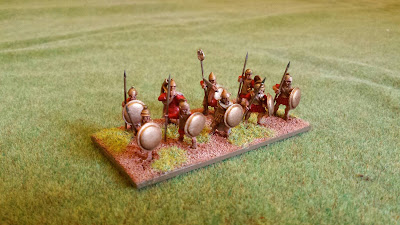 My second unit of Punic Infantry! I haven't found a Xyston model that I've not enjoyed painting yet. I had contemplated the new Forged In Battle models but having seen them they don't compare, so will just use them to fill any gaps in the range that Xyston may have.

And then onto this, which turned out to be one of my favourite models I've ever done: 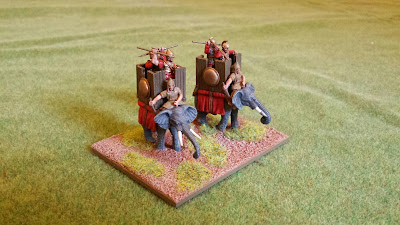 Elephants! Originally I was only going to put one on a base, but I'm glad I decided against being tight and putting two on! 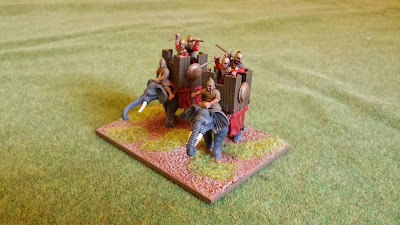 How cool do they look?! 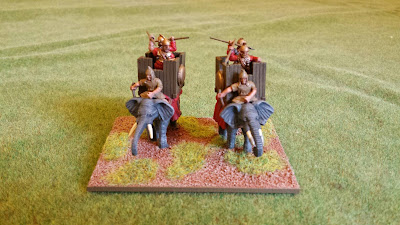 Only one more unit to do and then my Basic Impetus force is complete! Then I will add units as I want to, and expand the units I've already completed where I am able.