Just a small update as not done a great deal of painting recently due to work and having a few days away in the lakes. Oh, and decorating....

Have managed to get 3 Germans painted now for my bolt action force. Think they look quite good. Enjoy painting them as well which always helps!

Had our annual trip to Vapnartak with Matt and Kieron. No snow this year which made it much much busier! As a result our plan to get there for when it started at 10 for the free model was scuppered as they had clearly run out long before we got there! Managed to pick up another Viking longhouse from Sarissa. Would have bought the bigger building I want as well but they hadn't brought it with them... Got a resin objective model from Kerr and King for my German flames of war army. And last of all got a small barn to go with the farm house I already have! Was only £4 from Warbases and i'm sure will only take me an afternoon to paint!

After this Matt and I held the opening game of the Bloodbowl season at my gaff. Ended in a 1-1 draw with me learning that showboating with Dwarves doesn't work... If you have a chance to get a touchdown, just get the bleedin' touchdown! Good game though with the highlight for me being Matts chainsaw goblin slicing his own head off....

Hoping to get some more painting done this week as well as finishing the decorating. This will mean I have a room where i should be able to finish my gaming boards and have a place to use them!
Posted by Anomander at 11:40 1 comment:

My Flames of War tactics aren't up to scratch...

The title relates to 2 games I played recently at club. The first was the shortest game ever against Kieron who will from now on be known as "Panther Bastard". To start with he cheated by making the Russian Tank company defend! This completely threw me from the start and I made a cock-up of placing my objective meaning they were too far apart. Then my reserves turned up late and were too far from the objective Panther Bastard was holding to contest. All in all it lasted about 20 minutes...

The second game was against Matt. He cheated by knowing the rules. And again my lack of experience using germans did for me. I did manage to mow down endless infantry but apparently 5 Shermans are an invincible wall. Also I placed my Tiger wrong at set up. Must pay more attention at the start.

Anyway, on to painting progress for this update! 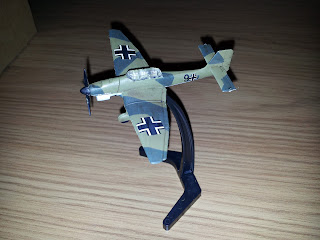 First up was air support for my germans. Love the Zvezda models. £2.75 is a bargain! Don't think I've made too bad a job of it either. 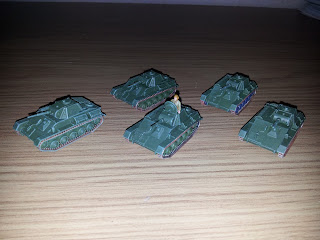 Next up was the last 5 of my Russian T-70's. 10 fully painted now and ready to roll. Was going to apply transfers to all of my Russian tanks but got a bit put off by the general consesus that "anything goes" when related to Russian tank markings! I like uniformity dammit! I'll have a go at some point as it'll finished them all off nicely. 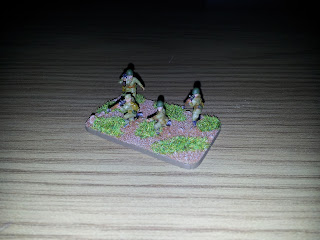 Another stand of infantry is going to be done at random intervals to keep other stuff interesting. Like a reward basis! "You can paint the cool thing when you've done the boring thing..." I find this scheme works for me. Plus, one more base of infantry and I'll have 10 and can take them as a decent sized sapper platoon. Then another 4 and I can take an infantry company! 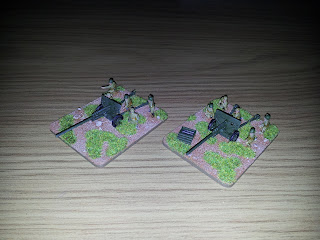 Painted a couple of Zis-2 guns as well to try and fend off tanks! Still have another 2 of these which will be done as some point. With AT 11 these should make short work of most tanks. Except Panthers. Bastards! 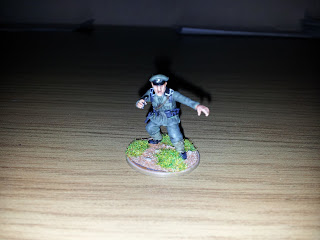 And so on to a reward! My first Bolt Action german! This will be my 1st/2nd Lieutenant. Was delayed painting this by my inability to order all the paints I want in one go.... There's always one I forget! Did enjoy painting this though. Don't think it will take for ever to paint these up. Shall get the 2 basic 5 man squads painted up before thinking about expanding on to other stuff. 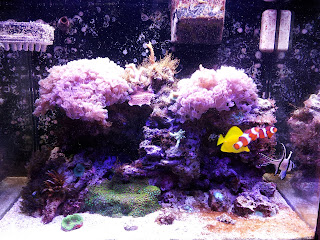 And finally a picture of the main thing that distracts me from painting. It is cool though! Although I may have to start selling kidneys to keep funding it...

This sunday sees the 3 Amigos annual trip to Vapnartak at York. Not sure what I'm going to purchase here but the most fun is seeing how much we can goad Matt into spending on the Ainsty Castings stand.... If Matt and Kieron are lucky it might have snowed and we could relive my heroic parking manouvre from last years event!